Ur-fascism in the cultural situation after postmodern: Ukrainian and Russian context

The article deals with phenomenological analysis of semantic structures of ur-fascism as a phenomenon of the totalitarian mind. The main methodological guidelines of intentional analysis of ur-fascism are the categories: archetype, symbol, world view, mentality and identity. In the article the basic principles of Eternal Fascism in postmodern aesthetics are given with the current of contemporary cultural context (monism, populist elitism, militarism, leaderism, traditionalism, xenophobia). Author of article stresses the principle of fear of Alien as an enemy, mechanisms of simulation of image of which in modern media are the simulation and reduction. The mechanisms of spread of ur-fascism are classified by the playing of variable groups (abc bcd cde def), which singled out four models of identity inUkrainenow (liberal, conservative, conservative radical, modern).

The long process of deideologization in today's multicultural world, which called postmodern, has led to a complete identity crisis. The process of simulation, virtualization rise to alienation, loss of faith, the decline of moral values and a giant existential hiatus. Abyss of life and death is offset, the devaluation of the ethical meaning of culture is being continued. The moral and ontological lack serves as a bifurcation point in the socio-cultural system, all possible fluctuations may choose as the recipe rescue "new Middle Ages" when the revival take place in the form of renaissance of moral and ideology. This process risks result in the triumph of the so-called "eternal" (primary) fascism (ur-fascism) as archetypal symbolic structures found in the deepest layers of the collective unconscious. All said is relevant to the Slavic societies especiallyUkraineandRussia, due to the war situation and accelerated national traditions.

Objectives of the study are: to expand based features of ur-fascism in postmodern aesthetics given the current cultural context$ emphasize the role of xenophobia in ur-fascism through phenomenology of Alien (based on the categories of "fear", "simulation", "reduction")$ to demonstrare the mechanism of ur-fascism spread through variable groups (abc bcd cde def), which distinguish four basic models of identity in contemporary Ukraine (liberal, conservative bureaucratic, conservative radical, modern).

Research methods are: phenomenological (an objective description), comparative (comparison of patterns of identity and principles of the studied phenomenon), game (opening of mechanisms of the phenomenon), hermeneutic (penetration into the meanings of texts) semiotic (decoding symbols), deconstructivistic (search marginal values in texts senses and consciousness), psychoanalytic (probing archetypes ur-fascism).

Characteristic features of ur-fascism that does not lose its relevance for totalitarian cultures of our time are: the creation of a single world view based on scientific or philosophical voluntarism, perceived as the "solidarity" of the faithful; demagogy chosen group of people, leading to an imaginary society of "salvation" through the real "fight"; the idea of "war for war", supported intimidation fictional "attacking", "treason" and "conspiracy" contempt for pacifism as signs of "fraternizing with the enemy", the cult of the charismatic leader of Persons as an expression of hope collectivist militant masses; Indirect-notion of intellectual knowledge as a source of danger existing order and appeal to the mythological origins of culture (Golden Age), idealization of folk, romantic ethnographism with constant rotation to quasi-religious archetypes, xenophobia and nationalism in extreme forms - racism, game of attraction and repulsion of Alien, cult of nation, class, religious or civilizational community as a benefit group over the individual, and of other groups, domination, violence - as a result of monistic universe, dually breaks for the archetypal pattern of "we - they" or "my - Alien"" and assumes the character of irreconcilable binary opposition of Chaos - Cosmos.

Gorenstein F. Psalm: roman-meditation on the four executions of the Lord, available at: http://you-books.com/book/F-Gorenshtejn/Psalom. 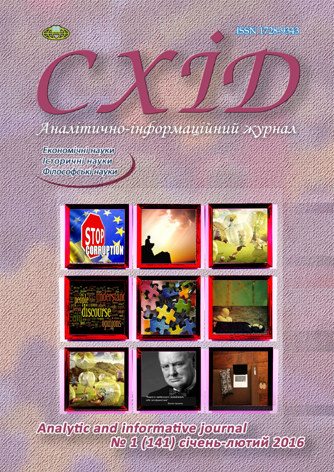