The article describes the results of the Russian-Ukrainian conflict and its impact on the depreciation of the national currency, the deepening of the banking crisis, the impossibility of the state budget execution and overcome the energy crisis. The estimation and forecast of economic condition of the state, depending on the effectiveness of the Government in overcoming the consequences of the conflict. Perspective directions of development of economy of Ukraine and the occupied territories in the context of political instability. Proved lasting political and diplomatic confrontation; violated basic agreements and arrangements; actually destroyed the institutional system of international relations; exacerbated economic, energy continues confrontation. In general, current realities make it hard to talk about change for the better in the foreseeable future. During the investigation the devastating impact of military confrontation to the public and economic life. The attention to the existence of isolated problems for decades and their deterioration in conditions of political instability. 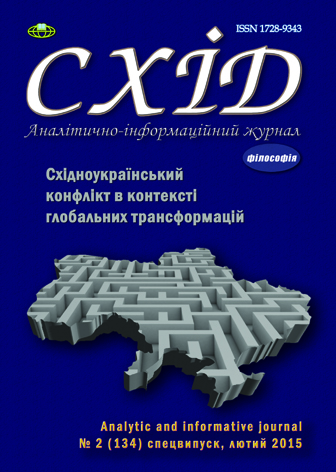