The globalization of the world economy and the deepening of the integration process (especially in Europe) extend asymmetries between countries both in macroeconomic indicators, positioning in the world, and on foreign trade interests. Each country has its own conditions of integration into the global trading space, according comparing the interests and capabilities of their implementation and taking into account their own capacities. The asymmetry of interests creates asymmetry of trade flows, which may manifest itself in the territorial (spatial) and temporal dimension.

Our analysis confirmed the existence of significant spatial and temporal asymmetries in the distribution of European countries by exports/imports trade flows of goods and services, it means that those countries in the implementation of foreign trade follows its own interests.

Ph.D Fellow of the International Finance and Global Economy Department of S.I. Yurii 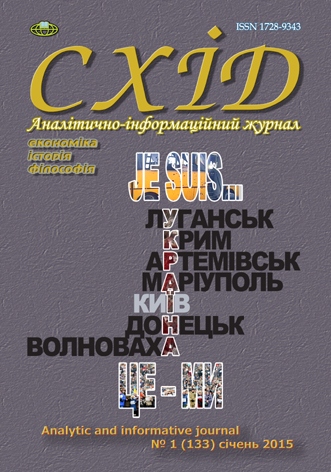