This paper considers normative dimensions of the memory of Ukrainians and the problem related to the post soviet model of memory in Ukrainian society. The author emphasizes the social and cultural determinants of the process of formation and development of soviet model of memory, its conceptualization in the Soviet and Post soviet world. The analysis is centered on the clash of European and post soviet discourses in the context of the conflict of identities. The paper raises some general problems regarding these discourses as well as the development of values within the antonymic memory frames in the context of its belonging to certain socio-cultural traditions, its compatibility with the dimensions of morality, the observance of Low, social responsibility, solidarity and openness too changes. Sintering the different approaches to the values, experience of formation and evolution social institutions, it also explores the role of Central European changes in the process of memory reconstruction in Ukraine. The paper considers cultural and law foundations of social reconstruction and problems related to historical foundation of different grope and communities. The article emphasizes that the lack of legal consciousness, disrespect for the law, the spread of rooted traditions of revolutionary purposefulness and the post soviet stile telephone justice are the serious obstacle for changes of post soviet frame and changes within European Union. In this context the aim of social groups is oriented to their historical memory transformation as well as the development of common European experience, symbolic and values heritage. At the same time the role of civil society as European foundation for historical changes is analyzed. 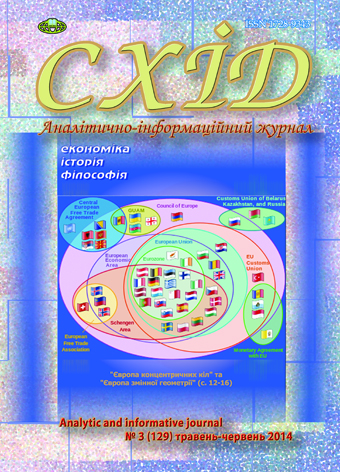